The Zionist in the spotlight on this occasion is none other than David Renzer, Chairman and CEO of Spirit Music Group.

Renzer is an executive with a long history in the Entertainment Industry. His career has included leadership positions with the world’s largest and best known music publishing companies. He was Chairman and CEO of Universal Music Publishing Group, and was responsible for overseeing the activities of the company’s 57 offices in 47 countries.

It was in this year, 2017, that Renzer made the move to Spirit Music Group, a behemoth within the industry owned by Pegasus Capital Advisors (not to be confused with Pegasus Capitol Investments or Pegasus Capitol Group). Pegasus is in turn owned by the Zionist, Craig Cogut (more about him in a later article).

The following is taken from the Spirit Music Group website:

It will be noted by eagle-eyed observers that more than one of the above list has played in Israel, thereby endorsing the rogue Zionist state.

Also taken from the Spirit Music Group website, the following list gives some indication of the influence of Renzer: 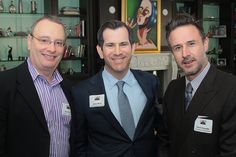 However, it was in 2014, at the height of the Israeli onslaught on Gaza, during ‘Operation Protective Edge’, that Renzer’s name became more widely known outside of the Entertainment Industry. It was then that the Zionist group, Creative Community for Peace (CCFP) published a letter, containing 300 signatures of the entertainment elite, condemning Hamas yet ignoring the well publicized atrocities of Israel at that very time.

No mention was made in the letter of the 500+ children who died because of the actions of the Zionist state. No mention was made of the 180 small children aged 5 years or younger who also perished due to the brutal assault on residential areas of Gaza by the Israeli regime during that horrific period.

David Renzer is co-founder of Creative Community for Peace

Renzer is an individual who is immersed in Zionism and the defence of Israel. He is a member of a network of such sympathizers within both Hollywood and the wider Entertainment Industry. Such people operate as merchants of propaganda for the Zionist regime. They try to paint a sanitized version of the colonial state, to make it more palatable for public consumption.

They have been remarkably successful in their depictions of Israel as a democracy and bastion of virtue. It can be seen that, although most of the world’s population would be horrified if they knew the truth about Israel, they are kept in the dark by the actions (or lack thereof) of the Zionist controlled media, and the complicity of the western Entertainment Industry. David Renzer is to the fore in this manipulation.

It will be when the sunlight of truth shines directly upon Zionist fungi such as David Renzer that they will wither and die. Let the world know.