UVF – Behind The Mask   by Aaron Edwards

This is an in-depth examination of the British Unionist terrorist group known as the Ulster Volunteer Force who carried out a campaign of murder and sectarian violence in the Occupied Six Counties of Ireland over the course of more than 40 years.

At time of writing, news stories from Belfast have covered the intimidation of Catholics from ‘shared housing’ (estates containing both Catholics and Protestants) by Unionist thugs believed to be in the UVF. The UVF is supposed to have disbanded but, clearly, this has not happened. Such currents events make this book all the more relevant to our society in Ireland today.

Let me begin by stating that the author, Aaron Edwards, was born and raised in a staunchly Unionist area rife with paramilitaries. Whilst I am not suggesting that he is involved in such activity he has, by his own admission, fraternized with such types. The author is certainly strong in his repeated condemnation of terrorism, Unionist or otherwise, yet at times a sneaking admiration of certain individual paramilitaries appears to emerge. Aaron Edwards is not impartial in his investigations. This context is important for anyone hoping to fully understand the terrorists of the UVF in reading this book.

That said, I will state that this book provides great insight into the inner workings of the shadowy group. From the mid-1960’s up until the present day, the UVF have played a vile role in the sectarian violence that has plagued this part of Ireland. Some of its members live on in infamy in local folklore. Sectarian serial killers such as the Shankill Butchers, or the Jackal (Robin Jackson) or the King Rat (Billy Wright) are remembered with horror by those in the Nationalist, and many in the Unionist, communities.

The UVF emerged from among men who were members of the sectarian Orange Order (see Rebel Voice – Ireland – Sectarian Orders Abusing Catholics) in the 1960’s. They were set up, speciously, to counter the threat of a non-existent IRA as the 50 year anniversary of the Republican Easter Rising of 1916 approached. Some hard-line Unionists (which describes the majority at that time) believed that the IRA were in the process of launching a full-scale takeover of the Six County state, and so organized to counter this fantasy scenario. In truth, the IRA were a spent force at that time. The Border Campaign of the 1950’s had petered out and Republicans offered little organized resistance to the institutionalized sectarianism, discrimination and abuse being conducted by the Unionist state.

It was in late 1969, when the embattled movement for Civil Rights in the Six Counties morphed into an armed campaign, that Republicans began to properly organize, energized by their anger at the treatment of both Civil Rights marchers and Nationalist population. The Provisional IRA was born.

The Unionist response was predictable in its brutality, and typically counter-productive. In addition to the partisan state forces of the RUC (pseudo-police) and the UDR (locally recruited and discredited regiment of the British Army), there was an alphabet soup of paramilitary groups. Organisations such as the RHC (Red Hand Commando), UDA (Ulster Defence Association), UFF (Ulster Freedom Fighters), LVF (Loyalist Volunteer Force), PAF (Protestant Action Force), UV(Ulster Volunteers), Orange Volunteers, TARA (Unionist terror group run by a paedophile, William McGrath), RHD (Red Hand Defenders), ULF (Ulster Loyalist Front), UPV (Ulster Protestant Volunteers), Vanguard, Ulster Clubs, UR (Ulster Resistance) and, of course, the UVF plied their sordid wares for decades. Confused? You should be. Those of us who live here, in the Occupied Six Counties, often lose track of who is who and what is what. It must be a nightmare for anyone from outside the region to comprehend.

(former leader of the DUP and First Minister of local government, Peter Robinson, pictured in red beret on left, on parade with Ulster Resistance)

One thing we never lose track of, however, is the sectarian nature of the UVF. Although Aaron Edwards’ book does, at times relate the UVF claim that they were/are defenders of ‘Ulster’ from their Republican bogeymen (at least in their own minds), the facts speak for themselves. The UVF conducted murders based solely upon the person’s religion. The Shankill Butchers were a prime example of this approach.

In Behind The Mask, the author relies heavily upon his personal friendship with a ‘reformed’ paramilitary, and former member of the UVF, Billy Mitchell. This individual is portrayed as someone who has repented entirely of his actions, yet it is noticeable that when Mitchell was in the UVF, sectarian murders were being conducted. He was a senior member at that time and so, if he didn’t commit such atrocities, then he must certainly have had knowledge of them. This aspect of Mitchell’s’ life is not explored in any great detail. Instead, we are regaled with his apparent transformation and subsequent community work and attempts to disband his former alma mater. It rang hollow for me.

I will give you an example of the author’s inherent bias. In recounting the execution of a director of a building firm that was engaged in work for the MOD (British Ministry of Defence), Edwards describes the killing as an attack on the Unionist population. At the time, the IRA had a policy of regarding those who assisted the British war machine in Ireland as legitimate targets. The person’s religion or background was irrelevant. As the IRA blew up military installations, those who came along and rebuilt them were viewed as part and parcel of the colonial forces. It was those installations that Republicans were taken to, to be interrogated, beaten and humiliated. It was also in those buildings that the British Forces planned their collusion with Unionist paramilitaries, resulting in the deaths of many Republicans and Nationalists.

Yet Edwards labelled the practice, of targeting such individuals, as a war crime. He did not state his opinion of similar conduct as carried out by the French Resistance and the Maquis in trying to harry and harass the Nazi occupiers of France. Many commentators of war will state that those who help sustain the military occupation of a country can be viewed as legitimate targets by resistance groups, such as the IRA or PLO. The author of Behind The Mask clearly views the entire conflict through a Unionists lens. This is an important factor when interpreting the stories in his book.

UVF – Behind The Mask is, however, a very good read. It sets out the formation of the group, their structures, individual operations and the deaths of members either at the hands of Republicans or their own people. It also details the fall out within the group due to drugs and a continuing desire for militant action. Edwards is not an apologist for the UVF. He comes across more as someone who has a begrudging admiration for some members, if not for their inaccurately stated aims.

Many of the highest profile members of the UVF such as Gusty Spence and Billy Greer, Billy Hutchinson and David Irvine are introduced thoroughly. We learn of the inner struggle that many members of the group fought with themselves and their associates in coming to terms with their nascent socialist views. The PUP (Progressive Unionist party) is explained in some detail with revelations from certain members such as Dawn Purvis, and it is interesting to see how the UVF tried desperately to find a workable and solid identity for itself and what it wanted. There appears to be little doubt that working class Unionism has been let down repeatedly by the mainstream parties of Unionism. It still struggles to find strong political representation.

(former member of the UVF and leader of the PUP, Billy Hutchinson)

To his credit, the author does give chilling details of certain UVF murders that will shock the reader. It becomes easy to better understand the terror of those who became victims of the group. There is always that sickening mix of religious motivation and political intent to be found within Unionism, and the UVF is no different. Billy Mitchell, for example, found religion in prison and subsequently left the group. Billy Wright, who was a prolific killer, also ’embraced’ religion yet it didn’t stop him from continuing to carry out attacks on Christians.

One point that does merit mention is the author’s portrayal of Ian Paisley, a fire and brimstone cleric, who stirred up much hatred among Unionists that led impressionable young men to join groups such as the UVF. Many of those who were strongly influenced by Paisley were later to have much time in prison to lament their decisions. Paisley does not come across well in this book and that, for me, is one of the most telling and positive factors in this tome. 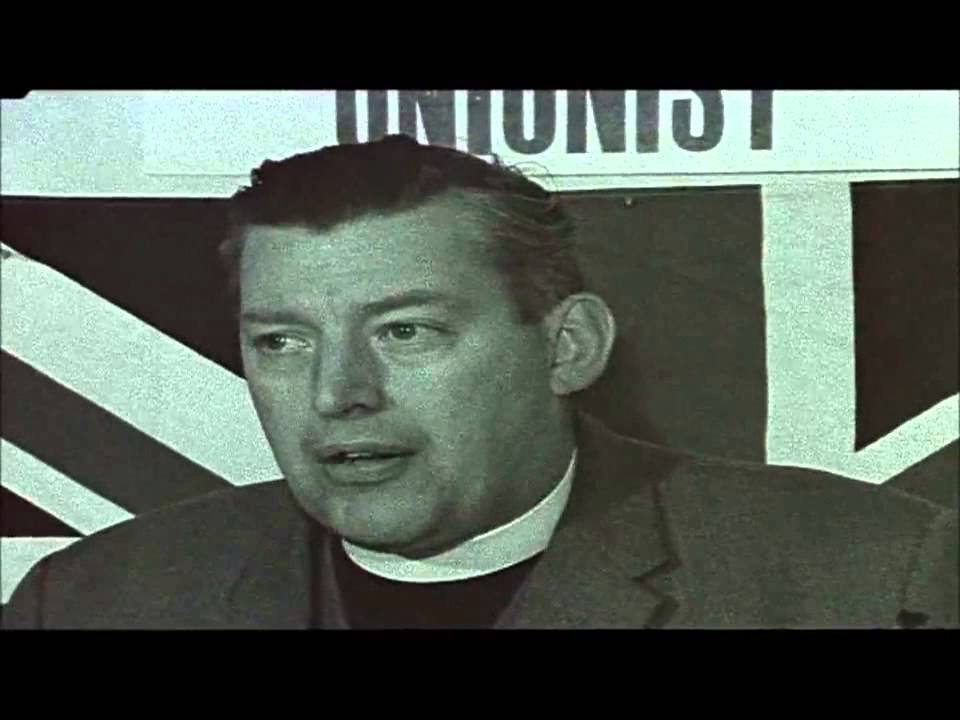 All in all, UVF – Behind The Mask is a thoroughly informative book. For anyone interested in Irish politics, or more especially Six County politics, this should be read. I have lived in this region of Ireland almost my entire life and I found much of interest, and a lot that I was previously unaware of, within its pages. I expect that you will too.

Sult scale rating: 7.5 out of 10. Recommended reading for students of Irish politics and history.