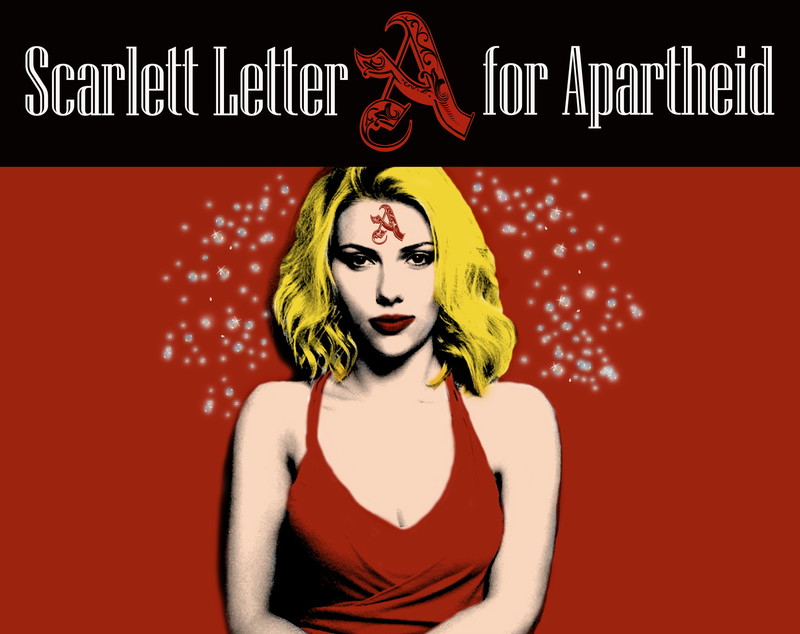 This particular Zionist was born Scarlett Ingrid Johansson on 22nd November, 1984 in Manhattan. She is a renowned actress, starring in many high profile movies, most notably Lost In Translation (2003) but has yet to win an Oscar. However, given the Zionist control of Hollywood, and the fact that Johansson is a staunch follower of that immoral ideology, it shouldn’t be long until such an award is made for her (ahem) acting abilities.

It was on February 2nd, 2014, just before the massacre that took place in Gaza in which thousands of people perished due to Israeli missiles and shelling, that Johansson came to international prominence for all the wrong reasons when she appeared in a Super Bowl commercial on behalf of SodaStream.

This Israeli colonial company was, at that time, based in the colonial squat known as Ma’ale Adumim, situated illegally in the Occupied West Bank of Palestine. It has since moved to Lehavim, (originally Givat Lahav) in that part of Palestine renamed Israel. Johansson was fully aware of the illegality and immorality of Sodastream’s location and operation before she agreed to make the offensive commercial.

The fall-out from Johansson’s decision was considerable. At that time, the Zionist actress was a Global Ambassador for the well-respected charity, Oxfam. However, her mercenary support for an Israeli colonial enterprize ran contrary to Oxfam’s position and she was obliged to resign her position.

It should be noted that SodaStream’s main factory was situated on land stolen by the Israeli state from Jahalin Bedouin tribes who existed there many centuries before the rogue state of Israel was ever conceived in the fetid minds of European Zionist supremacists. The Jahalin were forcibly expelled from their ancestral lands to accommodate the colonial squatters who today still reside there.

Johansson became the focus of much understandable anger from humanitarians across the globe as her defence of SodaStream continued. Her arrogance, and stubborn refusal to admit her improprieties, greatly tarnished her image in the eyes of millions.

Scarlett Johansson is typical of those who would take the grubby shekel and then struggle petulantly to justify their actions. Although Johansson’s mother is Jewish, and she no doubt feels a strong affinity for the wider Jewish identity, there can be no justification for the crime of supporting illegal colonies in Palestine.

But ordinary people have tremendous power. Scarlett Johansson needs the support of the public to continue her career. Should that public become awakened to the truth of what is being perpetrated in Palestine by Israel, then Zionists, such as Scarlett Johansson, will be forced to endure the wrath of a population who will tolerate Israeli injustice no longer.

Any platitudes that Johansson may utter regarding her support for a two-state solution are empty, when we consider that she has taken blood-money from a colonial company. 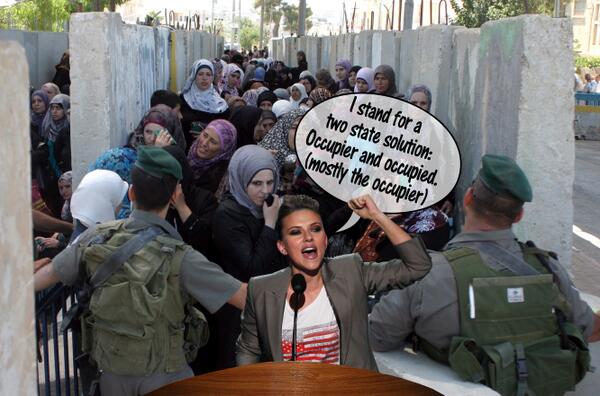 Those who assist the colonial businesses and way of life are complicit in the theft of Palestinian land, livelihoods and lives.