For anyone who wants to receive true insight into some of the disgraceful methods used by British state forces and their proxies within the paramilitaries of Unionism, I suggest that you first read this book, Lethal Allies, by the English journalist, Anne Cadwallader. It did not get the publicity that it deserved, upon release, due to Establishment plots and ploys.

Inside you will find a detailed examination of how the RUC, British military, UDA, UVF, MI5, MI6 and legal system conspired to murder Nationalists and Republicans, and then granted effective immunity to those responsible, within what was known as the Murder Triangle during a specific period in the war in the Occupied Six Counties (OSC).

It makes for grim reading, and confirms what Republicans already knew, but which the Establishment media, Unionism and constitutional Nationalism tried to ignore or hide; namely, that British state forces and their paramilitary partners were in cahoots the entire time, in a bloody and well planned scheme to weaken and destroy the Nationalist/Republican community. 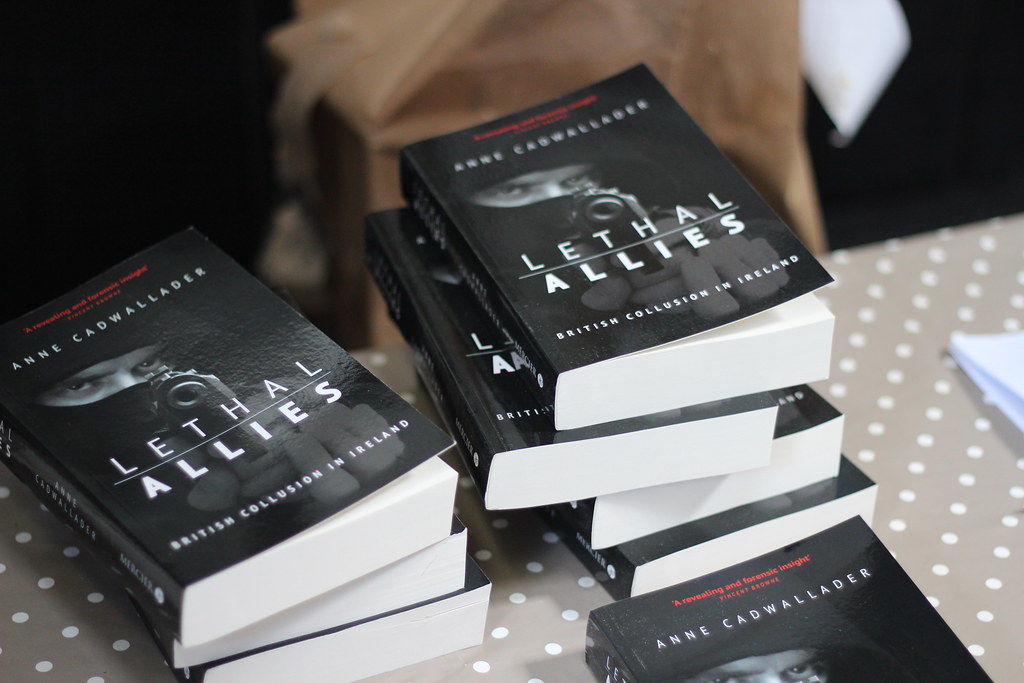