Roald Dahl is one of the world’s favourite children’s authors. He is responsible for stories such as The BFG, Matilda, Charlie and the Chocolate Factory and James and the Giant Peach. But he was not always a writer. He was also an adventurer and RAF pilot who fought in World War 2 against both the Italian and German air forces in Greece and the French Vichy air force in the Middle East. Going Solo is the second part of his autobiography. 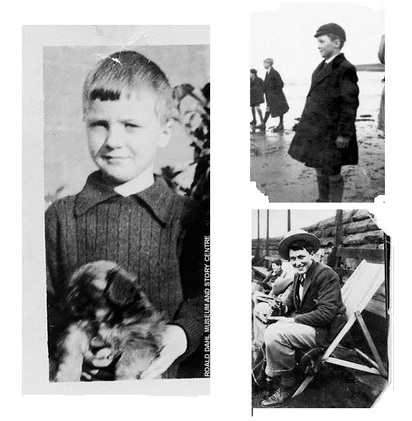 Dahl was born in Cardiff, Wales, to Norwegian parents in 1916. Both his young sister, and father died when he was still a child himself and his mother opted to remain in the UK to raise her remaining children. Roald was very close to his mother and wrote many letters to her during his lifetime, from the days of his boarding school to his exploits in Greece and the Middle East during the war.

Going Solo regales us with his life from when he was sent to Kenya as an employee of the Shell corporation in 1938, to the conclusion of the Second World War and his thankful return home to the bosom of his family. Dahl has the gift of a natural storyteller and the keen observational wit to match. We learn of the strange people who made up the British ex-pat community. There is the married couple who jogged naked around the ship each morning, inviting Dahl to join them. There is the businessman who finds ways to convince people that he is not bald, even though he wears a wig. He goes to the extremes of inventing dandruff, providing Dahl with much amusement.

Dahl’s journey to Dar es Salaam on the Kenyan coast is not without incident but he arrives eventually to find that he has been assigned a “boy”, his own native manservant, whom Dahl befriends. It’s here that we hear of snakebites and lions and yet more eccentric people as Dahl scratches his head in disbelief at their shenanigans.

It’s was also in Dar es Salaam that Dahl was obliged to join the British Army when the UK declared war on Germany after their military aggression in Europe. Kenya was previously part of the German Empire and was taken over by Britain after the First World War. This meant that there were a lot of German ex-pat residents there. Because of the outbreak of war, Dahl and the British ex-pats were ordered to arrest all the German men of military age.

This led to an unfortunate incident when Dahl was threatened by a German trying to escape imminent arrest. Dahl’s military colleagues shot the German as he stood beside Dahl, the man’s head exploding over the surprised youthful Shell employee from Wales. When Dahl got back to his house, he discovered that his servant, Mdisho, from a warrior tribe, had decided to assist Dahl in taking care of the Germans. Mdisho took a sabre and cut the head of an extremely surprised German plantation owner who, as Dahl related the tale, was said to have been very harsh and even brutal with his local employees. We can only wonder if Dahl was trying to mitigate the actions of Mdisho.

Dahl chose to leave Kenya then (maybe because of the beheading incident which was never fully investigated at the time), and enlist in the RAF at the age of twenty-three. His training was basic and he was shipped off the Egypt, where he received some further instruction. He was then assigned a plane, given inaccurate directions and sent to Libya but crashed into the desert en-route as he was running out of fuel. He almost died but, thankfully, landed in no-man’s-land between British and Italian lines. It was British medics who went in search of him. He spent weeks in hospital in Egypt before being released to rejoin his squadron, such as it was.

Roald Dahl eventually made his way to Greece, then under threat of complete invasion from the German military. He flew a Hurricane and engaged the enemy on many occasions. Dahl’s telling of these sorties is thrilling. He is expert at providing us with only the most interesting details, leaving out the more mundane chatter. He is also remarkably honest and comes across as self-effacing. There is plenty of action, especially during the Battle of Athens when a small number of Hurricanes engaged a larger number of Luftwaffe planes. Although the RAF lost personnel and equipment, they apparently gave better than they got, Dahl among them. His account of the dogfights is a must for fans of such things.

As the Germans rolled into and over Greece, Dahl and his comrades were evacuated to Haifa in Palestine (there was no Israel and Dahl does refer to it as Palestine). Here they set up a couple of airfields and began to engage with the air force of the Vichy French, still in Syria and Lebanon at that time. It’s also here that Dahl remembers an encounter with a Jewish Zionist worth relating here.

In order to prepare for a French or German attack on their airfield, Dahl was dispatched to view a secondary, backup, airstrip near Mount Carmel in Palestine. When he landed at the rudimentary port, he was greeted by many children, excited by his plane. The young ones were in the immediate care of a man who spoke heavily German-accented English. The man was a Jewish Zionist and the children were Jewish orphan refugees from Germany.

Dahl, at that time, had no idea as to the extent of the persecution and slaughter of the Jewish people under the Nazis. He had been in Africa and was not up-to-date with the news. He was confused as to why the Jewish children were there, and questions the man as to how he ended up in that place;

“You mean you’re hoping to buy it?”

He looked at me in silence for a while. Then he said, “The land is at present owned by a Palestinian farmer but he has given us permission to live here. He has also allowed us some fields so that we can grow our own food.”

“So where do you go from here?” I asked him. “You and all your orphans?”

We don’t go anywhere,” he said, smiling through his black beard. “We stay here.”

Then you will all become Palestinians,” I said. “Or perhaps you are that already.”

He smiled again, presumably at the naivety of my questions.

“No,” the man said, “I do not think we will become Palestinians.”

“Then what will you do?”

“… I do not expect you to understand your problems.”

“What problems?” I asked him.

Dahl becomes flabbergasted when the man states that England has no problems of her own, even as the war raged around them. The man goes on to describe the problem of the Jews as much bigger than that of England’s war with Germany, Italy and Japan.

“I am not with you at all,” I said. I was beginning to wonder whether he was some sort of nut. He seemed to have a war of his own going on which was quite different to ours.

“… We need a homeland,” the man was saying. “We need a country of our own. Even the Zulus have Zululand. But we have nothing.”

“You mean the Jews have no country?”

“But how in the world are you going to get yourselves a country?” I asked him. “They are all occupied. Norway belongs to the Norwegians and Nicaragua belongs to the Nicaraguans. It’s the same all over.”

“We shall see,” the man said, sipping his coffee…

“… You could have Germany,” I said brightly. “When we have beaten Hitler then perhaps England would give you Germany.”

“Then what country did you have in mind?” I asked him, displaying more ignorance than ever.

The name of the tiny settlement where the Jewish children were housed was known to Dahl as Ramat David. Today, it is a kibbutz near the Jezreel Valley in Israel (Occupied Palestine). It has a population of 503 and was named for David Lloyd George, ironically also Welsh, who was British Prime Minister when the infamous Balfour Declaration was signed promising the land of the Palestinians to foreign Jewish people who were not at that time refugees. Dahl’s story is a unique insight into what was intended at that time by Zionists, even when they had been welcomed in their distress by the people of Palestine.

It would seem that in perpetuating the Holocaust, Hitler and his homicidal thugs managed to inadvertently build a Trojan Horse that brought Jewish Zionist refugees into Palestine. The rest is, as they say, is history, and is still being written with the blood of Palestinian children.

Roald Dahl was discharged from the RAF on medical grounds just prior to the end of the war. The head injuries he received during the plane crash in Libya were causing intense headaches leading to brief blackouts. He made his tentative way back to Blighty only to discover that his family were no longer at their home. Thankfully they were alive, but had been evacuated to the countryside where he found them, and was reunited with his adoring mother and sisters.

Going Solo is a wonderful book suitable for ages 12+. The stories are delightfully told and straight to the point. Dahl doesn’t get too sentimental and relates the information in a fairly matter-of-fact manner, but never in a boring one. It’s amazing to think that this giant of children’s literature was also a war hero who had numerous adventures throughout Africa and the Middle East. 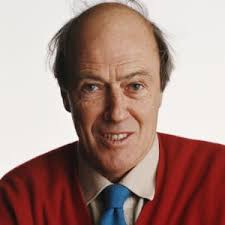 If you want to learn about Roald Dahl (named for Roald Amundsen, the Norwegian explorer) then this is the book for you. It’s one you could read to your adolescent children or have them read it to you. Dahl had four sisters, three who survived beyond childhood, and one half-brother and one half-sister. They must have been immensely proud of their six feet six inch tall brother. Going Solo casts Dahl in a whole new light and will increase admiration for this exceptionally talented man.

Sult scale rating: 8.5 out of 10. This is the second part of Dahl’s autobiography and takes us on one adventure after another as Dahl sails to Africa for employment, only to get caught up in the Second World War. It then carries us through his time in the RAF as the fought dogfight after dogfight, surviving to tell us about it before going on to become one of the most famous authors on the planet, and one of the best loved.