In this groundbreaking documentary, the media outlet, Al Jazeera, has conducted a sensational undercover investigation into the actions of Zionists in the United States.

Although the Israeli government has fought to have the video and all footage blocked from publication, they have failed. Now citizens from across the globe can see for themselves how pro-Israelis work and scheme feverishly to manipulate US public opinion into supporting the racist, supremacist Zionist agenda.

The AJ undercover reporter, identified only as ‘Tony’, managed to infiltrate strongly Zionist organisations in the US and recorded their boasts and plots on a day-to-day basis. It makes for gripping viewing and kudos must go to the individual who risked his safety to document the insidious conduct of groups such as AIPAC, StandWithUs and The David Project.

Such Zionist organisations are multi-billion dollar corporations with a goal of securing de facto Israeli control of US government policy, both foreign and domestic. They achieve this by ‘purchasing’ individual senators and congressmen and women. These somewhat shady groups also work tirelessly to counter the growing sympathy for Palestine that is to be found upon the campuses of US universities. Students organisations such as Students for Justice in Palestine (SJP), are making great inroads in highlighting the injustice that is inherent in the Israeli state and its conduct. 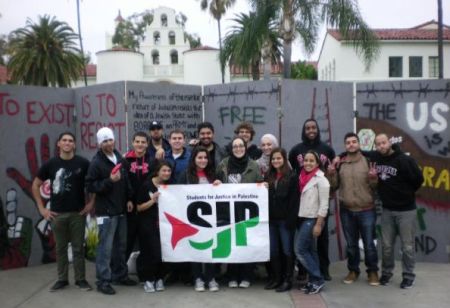 Israel has long known that national movements can begin within colleges, and have maneuvered themselves to ensure that they have a dominant influence upon student opinion. However, their previously unassailable position is now under threat as the truth regarding Palestine becomes public knowledge. It is for this reason that Israel, and its minions, have set out to attack any pro-Palestinians on campus. Their methods are systematic and devious. They are also deceitful and dangerous. There have been numerous physical attacks on pro-Palestinians as well as death threats issued.

The following exposé demonstrates clearly how the Zionists operate, and the lengths they will go to in their sorry attempts to prevent the truth from emerging into the public domain. This documentary is a must-see for anyone interested in understanding what is really going on all around them in the righteous fight for justice in Palestine.