– The following, is an article taken from the Medical Aid for Palestine (MAP) website. MAP is a charity that provides much needed assistance for those in Palestine who are under constant attack, in various sectors, from the rogue state of Israel.

Infographic: Attacks on medical facilities and personnel in the West Bank and Gaza 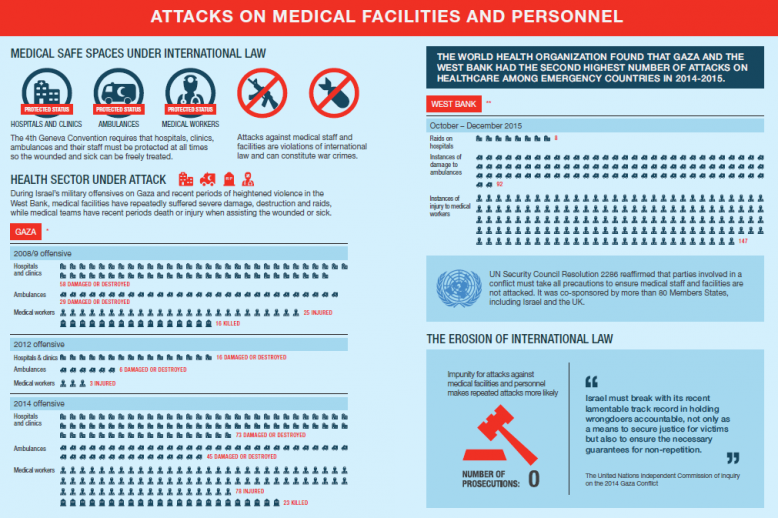 The latest infographic from Medical Aid for Palestinians (MAP) exposes how Palestinian medical facilities and staff have come under attack in Gaza and the West Bank.

The Fourth Geneva Convention requires that hospitals, clinics, ambulances and their staff be protected at all times during conflict so that the wounded and sick can be freely treated. Attacks against medical staff and facilities are violations of international law and can constitute war crimes.

These principles were reaffirmed last year by UN Security Council Resolution 2286, which was co-sponsored by more than 80 UN Member States, including Israel and the UK.

Nevertheless, 147 hospitals and clinics, and 80 ambulances, have been damaged or destroyed in military offensives on Gaza since 2008. 145 medical workers – most of them ambulance drivers – have also been injured or killed. The largest number of these incidents came during the 51-day attacks between July – August 2014. 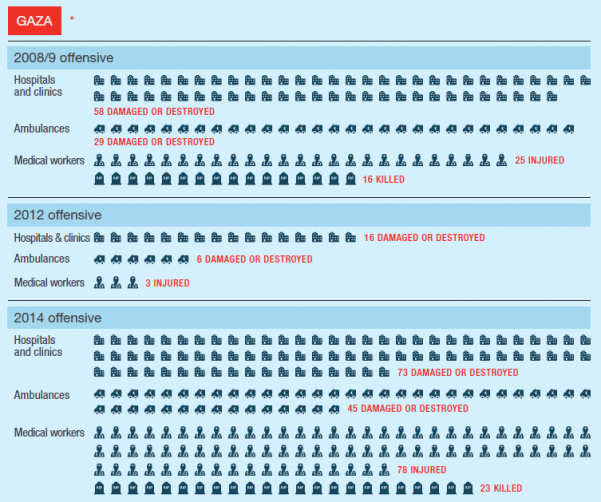 Medical personnel and facilities have not been safe from attack in the West Bank, either. During a period of heightened violence between October – December 2015, there were eight armed raids on hospitals. The Palestine Red Crescent Society also recorded 92 instances of damage to ambulances and 147 injuries to medical workers.

So far there have been no credible, independent investigations into these incidents or prosecutions for potential violations of international law. Impunity for attacks against medical facilities and personnel makes repeated attacks more likely. 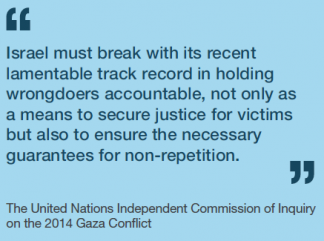 This infographic was produced as part of Chapter 2 of our ‘Health Under Occupation’ briefing series, which MAP is releasing during this 50th anniversary year of Israel’s military occupation of the West Bank, including East Jerusalem, and Gaza.  You can read the first two briefings below.