Bobby Sands was one of the greatest of Irishmen. He was a Republican, Socialist, poet, songwriter, Gaelic speaker, warrior and, sadly, martyr. He died on 5th May, 1981 aged 27. His birthday is on the 9th March. He is a hero for Rebel Voice. 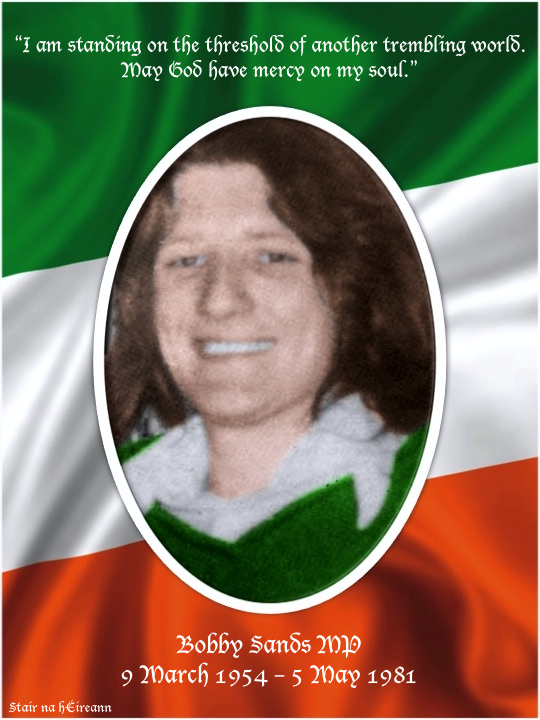 In a few hours time I shall be twenty-seven grand years of age. Paradoxically it will be a happy enough birthday; perhaps that’s because I am free in spirit. I can offer no other reason. I was at Mass today, and saw all the lads minus their beards, etc. An American priest said Mass and […]

via #OTD in 1981 – Day 8 | Bobby Sands recorded his diary for the first seventeen days of his hunger strike in which he detailed his thoughts and feelings on the momentous task that lay ahead of him. — Stair na hÉireann/History of Ireland