Barbra (Barbara) Streisand was born on April 24th, 1942, in Brooklyn, New York. She has won 2 Oscars and 8 Grammys. She is a person of considerable influence in the world of entertainment.

Although not usually regarded as a hardcore Zionist, there can be little doubt about Streisand‘s pro-Israeli credentials.

It was in June, 2013, that Streisand conducted a musical tour of Israel. She was performing at the Bloomfield Stadium in Jaffa when she stated,

‘I realize it’s not easy to fully grasp the dynamics of what happens in a foreign land. Israel and the United States have much in common: Two great and noble countries, each with problems of course, but always striving to shine as a beacon of hope…’

She performed the Israeli national anthem to close proceedings.

Streisand also attended the 90th birthday bash of Shimon Peres in Jerusalem. She can be seen embracing and kissing the Israeli leader in the photos provided. 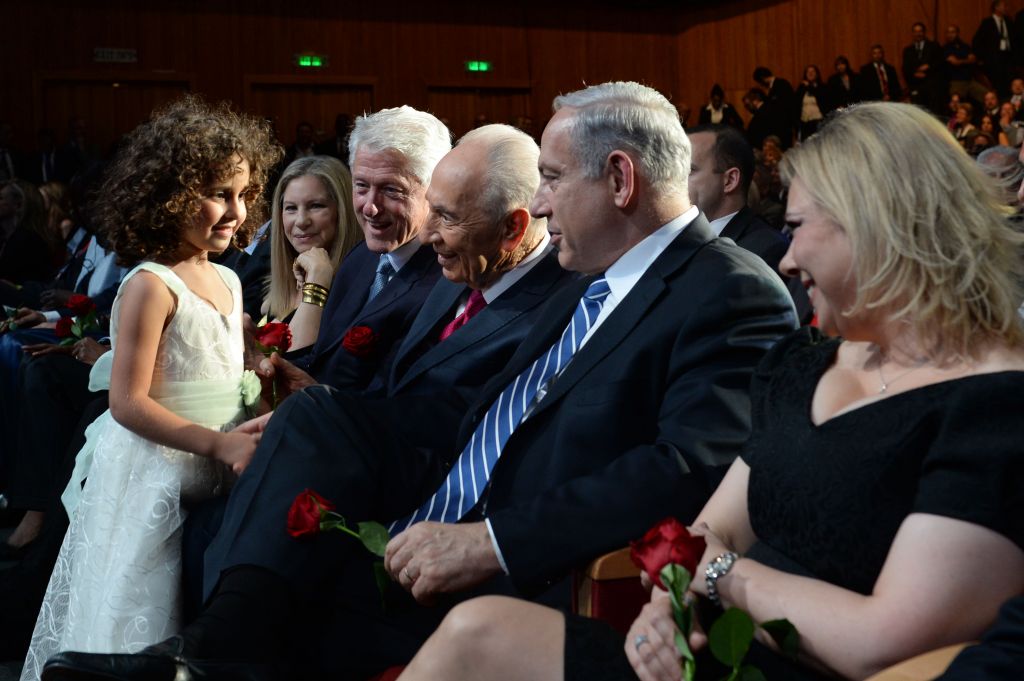 (Shimon Peres seated with Bill Clinton, Benjamin Netanyahu and his wife, Sara. Barbra Streisand is seated next to Clinton. Luckily for her, he was not holding a bucket of popcorn in his lap…)

Shimon Peres was born in Belarus. He was a member of Hagannah before becoming part of the Israeli Establishment. He was responsible for an Israeli airstrike on the PLO Headquarters in Tunis, Tunisia on 1st October, 1985 which he described thus, ‘It was an act of self-defense. Period.’

It was also Peres who ordered the 1996 military Operation known as Grapes of Wrath in which Israeli forces conducted air-raids and massive shelling in southern Lebanon. 170 Lebanese civilians died in the slaughter including 106 who perished when Qana was attacked by Israel and a UN compound hit there. Peres is not a person who should have been celebrated by Barbra Streisand or any other entertainer. 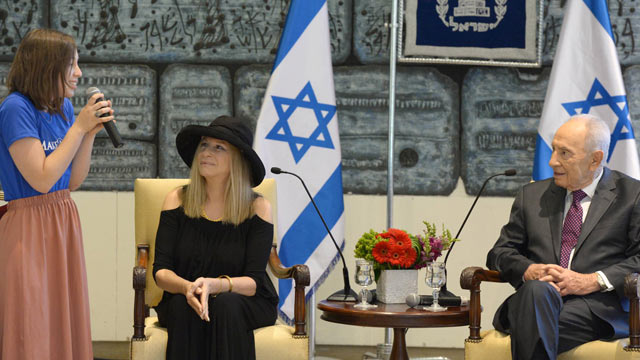 It is easy to see how Zionists, such as Streisand, are able to conveniently forget the suffering and deaths of so many thousands of innocent Palestinians if the alternative is to criticize Israel. They are complicit in their silence.

Streisand with Haim Saban at a fund raiser for the IDF (the killers of Palestinian children). Streisand is fully on board with Israel and its MO