Those familiar with the crisis in Palestine will understand how current moves being made by Israel to annex all of Palestine are reminiscent of previous colonial projects across the globe. Here, Rebel Voice looks at the parallels between some of the most relevant supremacist ideologies in our time.

Put simply, Manifest Destiny was the belief, among the white settler population of the nascent United States, that the Anglo-Saxon colonial population had a god-given right to invade and appropriate all tribal land from East to West coast, as well as those lands under the jurisdiction of Mexico.

The inconvenient matter of the indigenous people was ignored. They were starved, brutalized, ethnically cleansing and slaughtered as part of the process of clearing the land for resettlement by those selected as suitable by the WASP powers that controlled the new nation.

The term, Manifest Destiny, was first used by the newspaper editor, John L. O’Sullivan in 1845. He wrote, it is ‘our manifest destiny to overspread the continent allotted by Providence for the free development of our yearly multiplying millions.’

The phrase was embraced by colonials, who looked with greed upon the vast lands still in the possession of the First Nation peoples, as a means of justifying their unconscionable theft of the land of others. It can be seen in most of the movies of Hollywood, which is essentially a hub of white US capitalist propaganda, that the ‘injuns’ were always portrayed as villainous, whereas those on the wagon trails were heroic adventurers in search of uninhabited lands. The truth was somewhat different.

Manifest Destiny was then expanded overseas, so that the US regime could further exert control over such territories as Cuba (still in Guantanamo), the Philippines, Guam and Puerto Rico in the latter half of the 19th century.

As the century ended, there were many in the corridors of US power who believed in a supremacist ideology whereby ‘Anglo-Saxons’ were deemed to be racially superior. This then excused (at least in their eyes) the continuing attempts by the US Federal government to claim authority over nations and land that were far removed from the continental US. Hawaii, for example, is 2471 miles  from California. 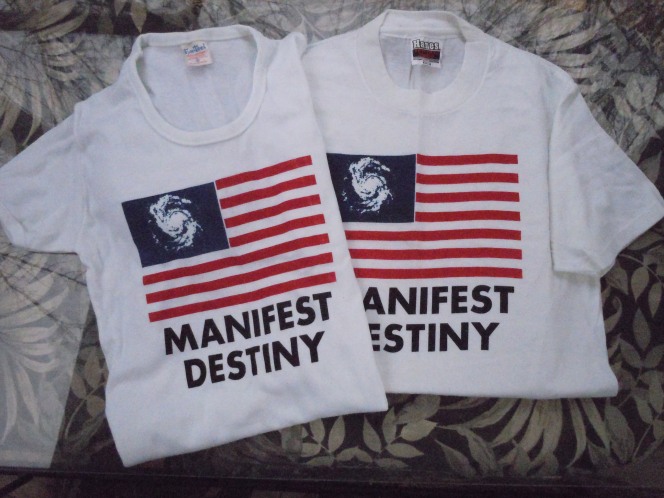 Today, Manifest Destiny is still to the fore of US political thinking, as the US Federal regime increases its global hegemony via both military and corporate expansion. The problems that we see today, associated with the interference of the US, are tied to the thinking behind Manifest Destiny. The ‘Global War on Terror‘ is merely another name for the same concept.

This is a German concept that became popular at the beginning of the 20th century as German nationalists sought the expansion of German territory in the East. First used by the German biologist, Oscar Peschel, in 1860, it was picked up by the ethnographer and geographer, Friedrich Ratzel and used in his work. He was inspired by the policy of Manifest Destiny as practiced by the white settlers of the US.

Whereas Ratzel suggested that Germany required overseas territories in which to expand, Nationalists changed that approach to focus upon German expansion in Europe. This policy was adopted by Hitler and his Nazis, leading to the onset of World War 2. The Nazi Generalplan Ost (Masterplan for the East) was based upon the idea of Lebensraum.

This plan required that the indigenous populations be removed permanently, either via starvation (economic factors), mass deportation, enslavement or death. The brutalized people were regarded as racially inferior and, once removed, were replaced with those chosen specifically for their genetic pedigree.

It will be seen that Zionism mirrors the previous two concepts. Israel was founded by foreign settlers who invaded Palestine. The indigenous people were ethnically cleansed or slaughtered to such an extent as to make the native population a minority in the territory.

As Israel strengthened its grip upon the land, it fought wars to expand upon the initial captures (Israel started the Six Day War). Today, Israel does not recognize the remainder of Palestine as a sovereign state. The Occupied West Bank is referred to as Judea and Samaria in a denial of the existence of any such place as Palestine.

As Manifest Destiny claimed a god-given right to steal land from others. So too does Zionism use a specious Divine Masterplan to try to justify its continuing theft of Palestinian land.

As Lebensraum and Manifest Destiny were formulated upon racial superiority, so too does Zionism view the Jewish people as racially superior to Arabs and other Gentiles. Although some Israeli politicians will tone down such supremacist language as a matter of necessity when dealing with non-Jewish governments, it can be seen that Israel operates upon a belief that its Jewish citizens are entitled to whatever they want, regardless of the immorality involved. This reflects perfectly the policies of both Manifest Destiny and Lebensraum with respect to both white US colonials and German ‘purebloods’. 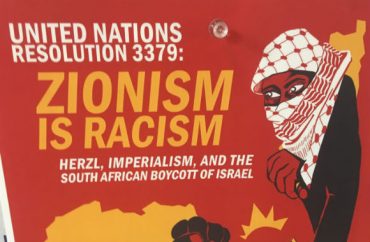 Many would laugh at the idea that the Jewish state of Israel would employ similar tactics to those of the Nazi regime. Yet the facts are there for any to see.

As the Nazis began their horrific crusade into eastern Europe, not every German agreed with what was taking place. A small, greedy, immoral percentage were responsible for the carnage.

Zionism succeeds in our time because Israel has the unfettered support of the US Federal government who are pursuing the same type of policies as Israel, but on a much larger scale. The US Establishment cannot condemn Israel without condemning itself.

Perversely, Germany is now a strong supporter of Israel. This is due to the inherited guilt heaped upon the German people by the Zionist media. Yet Israel has become that which the Germans are being emotionally blackmailed for having been, namely a fascist, supremacist state. Ironically, Germany has now put in place checks and balances to ensure that it never again repeats its mistakes. Israel, however, has learned from the Germans only how to behave as Nazis. Sadly, the people of Palestine can testify to that.

The US has never stopped. It continues to seek global domination. This will be to the logical and future detriment of both the citizens of that hollowed nation, and all others who reside in our stressed world. Only the truth shared can prevent a terrible future.

If you care, please tell others